THE 1930s: A DECADE OF REFINED DESIGN AND FEMININITY

The 1930s, years of recovery from the First World War and crossed by the wake of the most important economic crash in history. They have been a symbol of a fashion dictated as much as possible by sobriety and neutral colors. From a purely feminine point of view, it was the era in which male-style trousers, worn with unrivaled elegance by the divine actress Greta Garbo, and the suits of Coco ChaneL, an iconic designer who had a worldwide success from France, came to the fore. 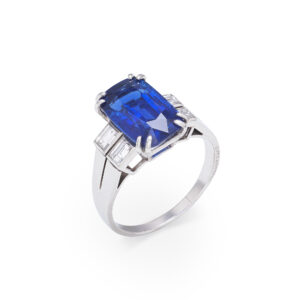 Straight, dry dresses, with a symmetrical and practical cut, especially in the use of fabric, satin for example, cheaper than silk as it derives from cotton, but with an effect. For jewels, the creations are no less: if in previous years abundance was the watchword, showing off more jewels together, now the essence prevails. A single piece, with an important and significant cut, in perfect balance with the “masculine” cut suits.
A perfect example can be found in this platinum and diamond bracelet from France proposed by Carlo Luca della Quercia, which perfectly expresses the desire to show without overdoing the perfect synergy of symmetrical geometries and stones typically in Art Deco style.

Art Deco refers to a very trendy style from 1919 to 1930, a real "phenomenon of taste". He saw France, especially Paris, as the fashion capital of the time. It is here that the great success of the high-end jewelery houses that offered large-sized jewels combined with colorful and eye-catching stones will start. The main interpreter of this success was the American Wallis Simpson, the protagonist of the relationship with Edward VIII of Windsor. So much was her muse that the director of her maison apparently created for her the famous "zip" necklace that can also be used as a bracelet 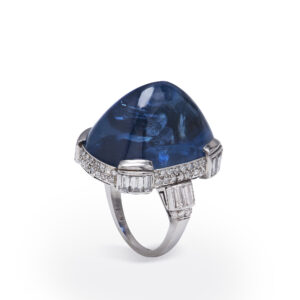 To admire all the jewels of the 1930s proposed by Carlo Luca della Quercia: www.carlolucadellaquercia.com