The brothers Carlo and Gian Luca Illario have been following in the footsteps of the founding fathers since 1997, with the same foresight inherited from their ancestors.
The cultural heritage does not lie: Carlo, after completing his studies at the GIA and at New York University and Gian Luca of artistic training in Milan and London, immediately went out of their way to search for a style that would combine tradition and the centenary prestige of their own history to contemporaneity.
Collecting immediately the teachings received from their grandfather, Carlo and Luca proudly perpetrated the stylistic and historical vision of their family, today one of the oldest and most internationally known, without forgetting the roots in Valenza.
And it is precisely in Valenza, at the laboratory of "Carlo Luca della Quercia", that the most important high-end jewelry brands in the world turn to design and manufacture unique jewels that satisfy the most exclusive requests.

The prestigious story of "Carlo Illario and his brothers" dates back to 1920 thanks to Carlo, Vincenzo and Luigi Illario in Valenza, Piedmont, a city known as the hub of the goldsmith's art, appreciated and envied by the whole world. 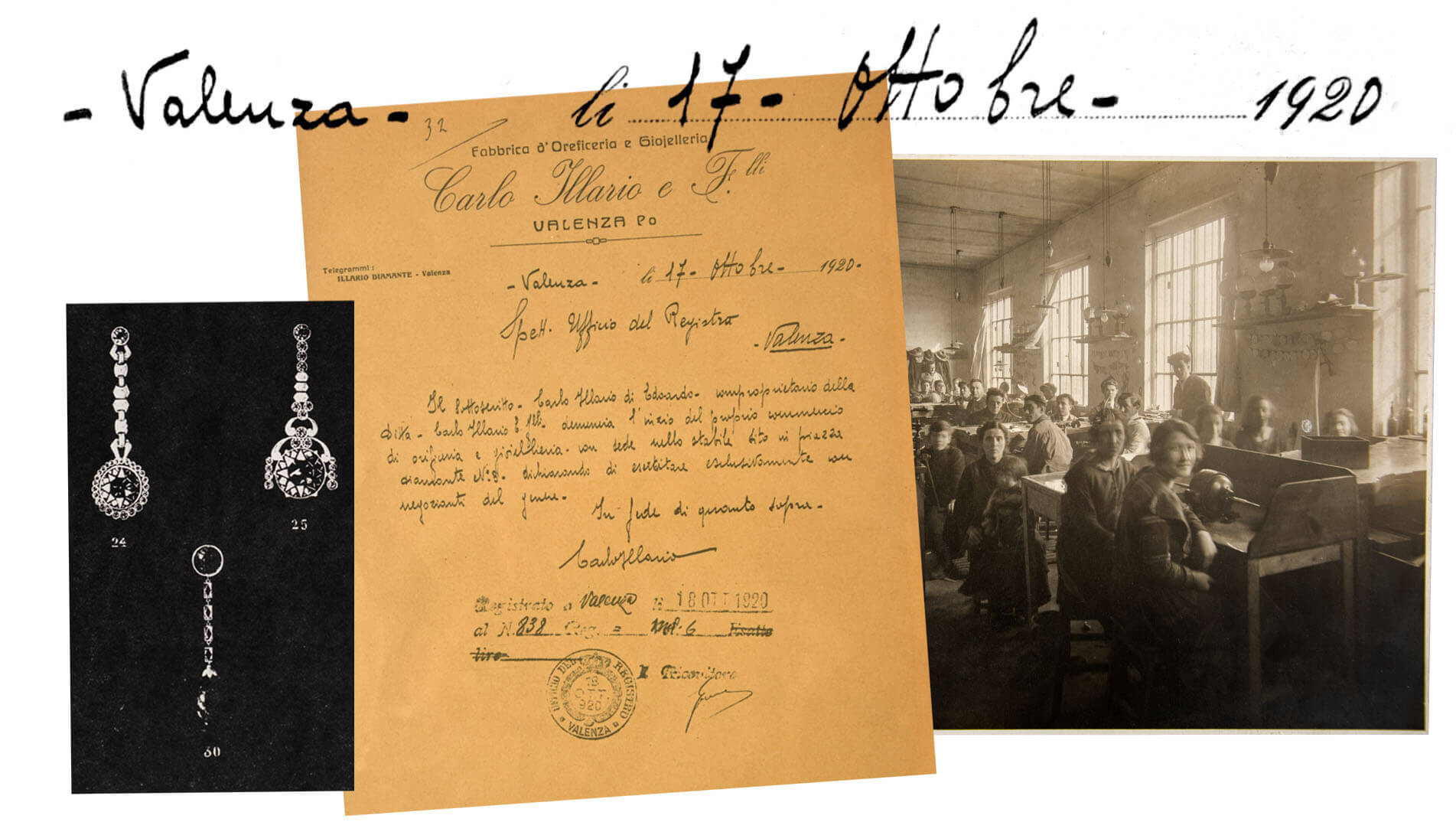 Carlo, a goldsmith specialized in Paris in the renowned Maison W. Wisoune, begins to organize and direct the production; Vincenzo, cashier, is in charge of the purchasing section, selection of precious stones and customer care; Luigi, an accountant, is dedicated to administration and public relations. 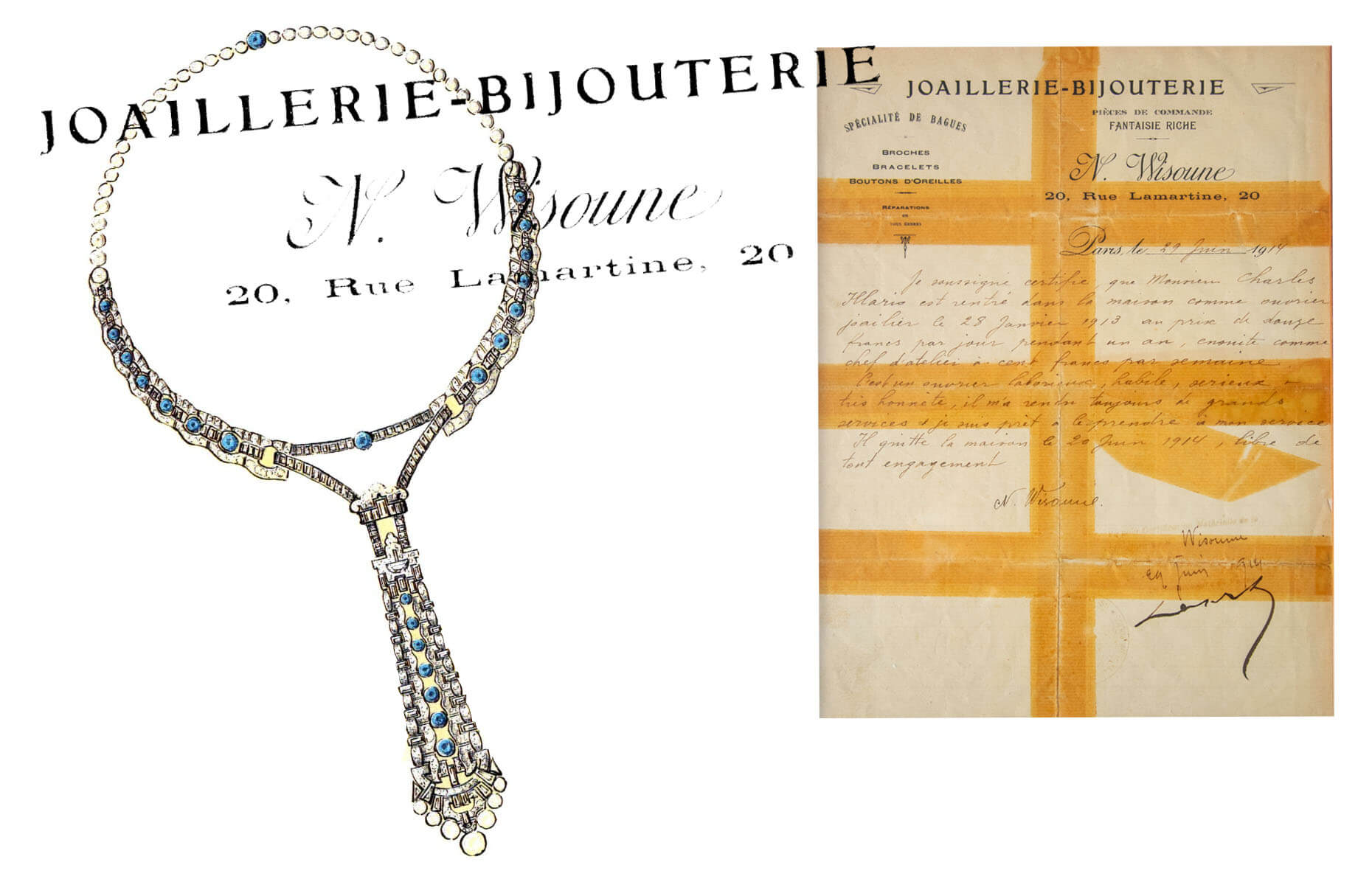 The arrival from Vienna in 1928 of important highly specialized figures such as the goldsmith E. Popper, the enameller R.Howrka, the miniaturist designer F. Ballon, the engraver and guillocheur L.Skrabal and the polisher C. Wohree, allowed the division of the departments in a more qualified and organized way, giving life to the sections of high jewellery, medium jewellery, fabrics and chains, accessories and objects. 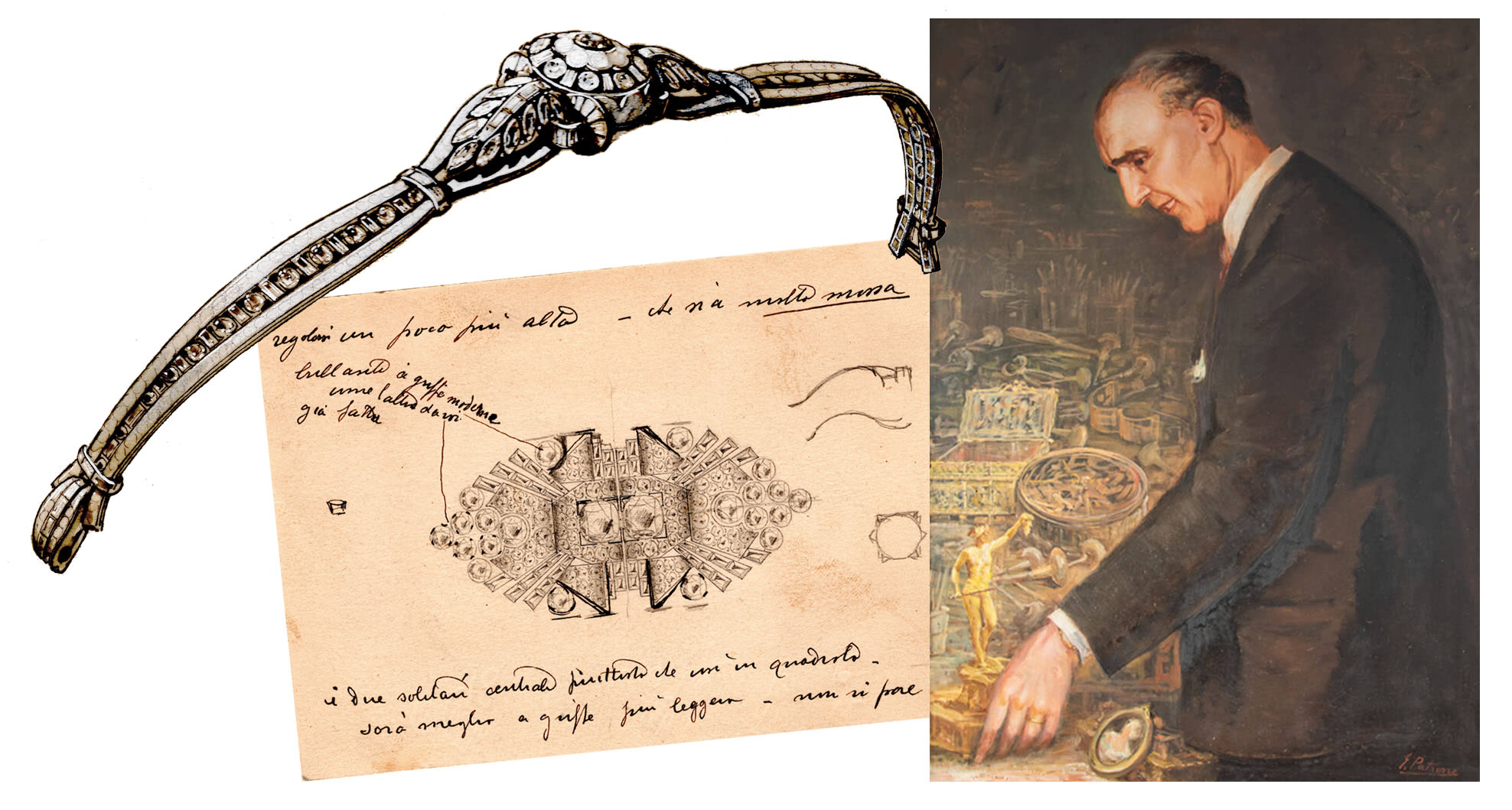 In 1929 other highly qualified figures arrived from Florence who gave the company greater prestige and professionalism: the goldsmiths-silversmiths A. Castagni, Adolfo and Baldassarre Ficalbi, while in 1934, again from Florence, T. Manuelli and D. Giusti.

Cesare and Alfio Drago, from Alessandria, manage the department specialized in the production of gold and fabric chains and M. Montini, G. Gatti, E. Baggio, F.Soli, P. Rossetti are engravers and guillocheurs.

Over the years, further highly specialized workers, originally from Valenza itself, have been added to the production of high jewellery, one of the most important departments, and to that of accessories. 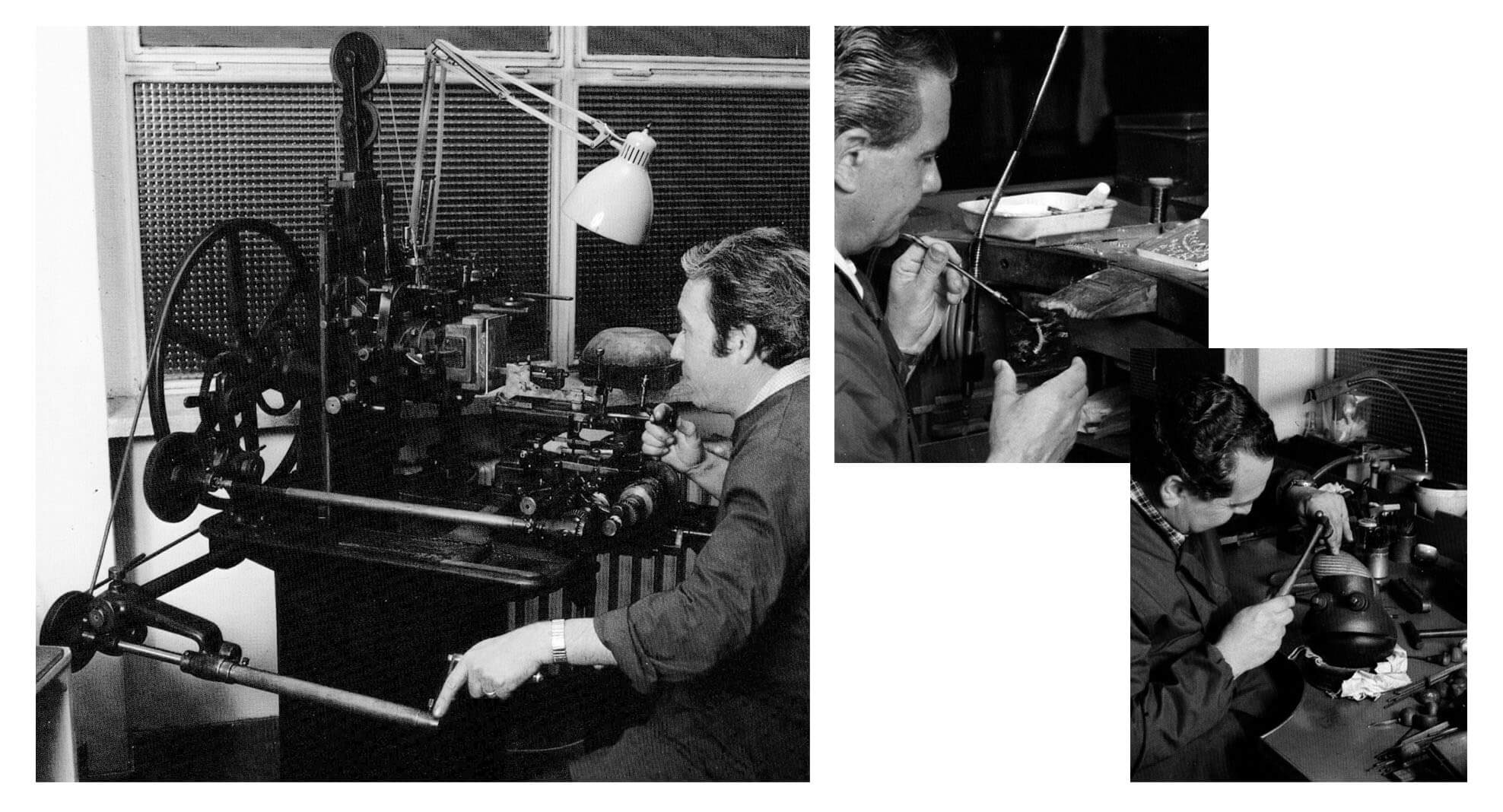 1935 represents a milestone in the history of the company: the filing of the identification mark issued to goldsmiths, "26 AL" issued by the Alesandria Chamber of Commerce.

In the meantime, the company is growing more and more: from 22 employees in 1925, it reaches 80 in 1939 with a production of about a thousand jewels a year. 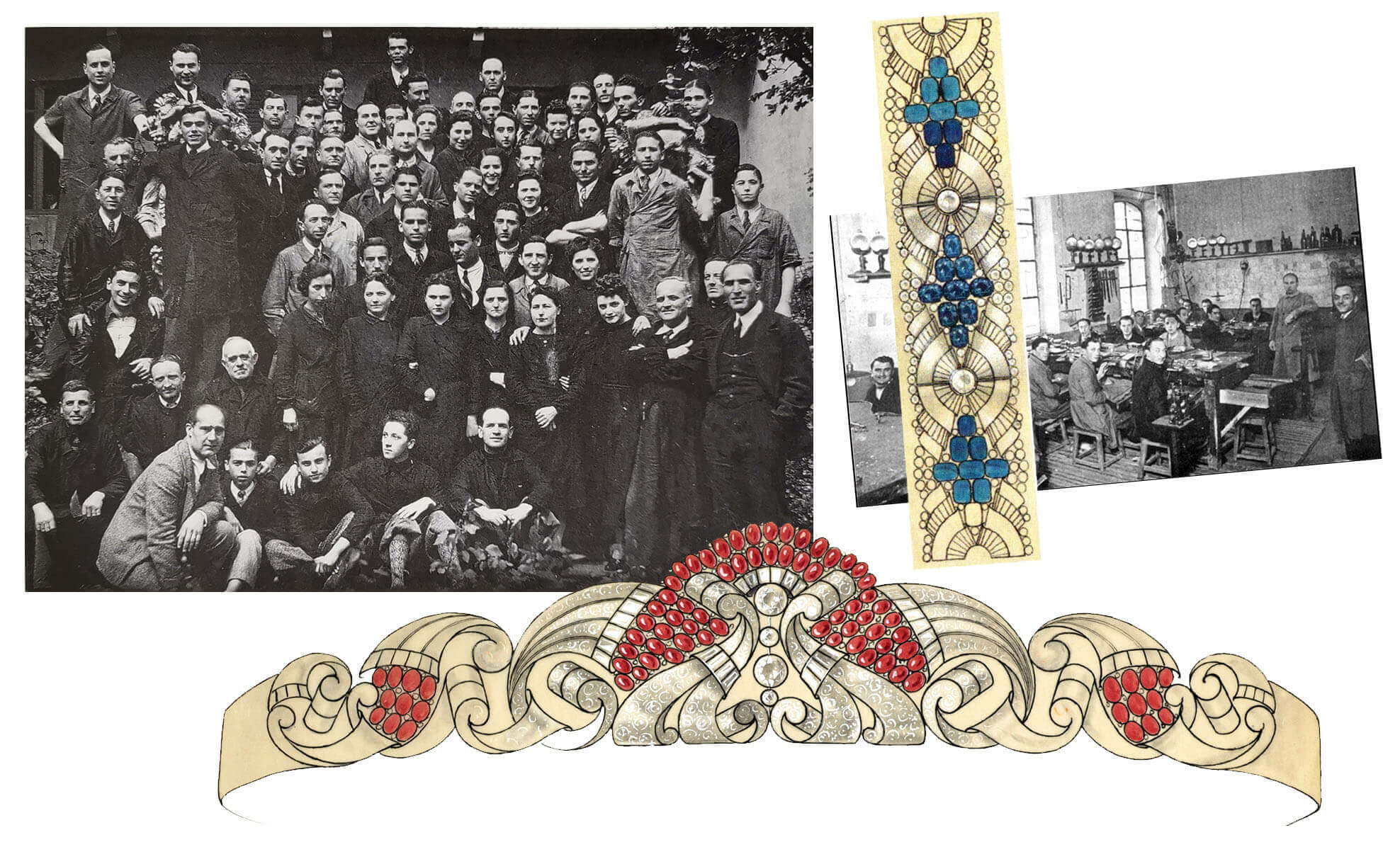 During the period of the Second World War, the manufacture of jewels did not stop and a few years after the end of the conflict, in 1949, Nella Viarenghi di Valenza succeeded Franz Ballon as the first designer. 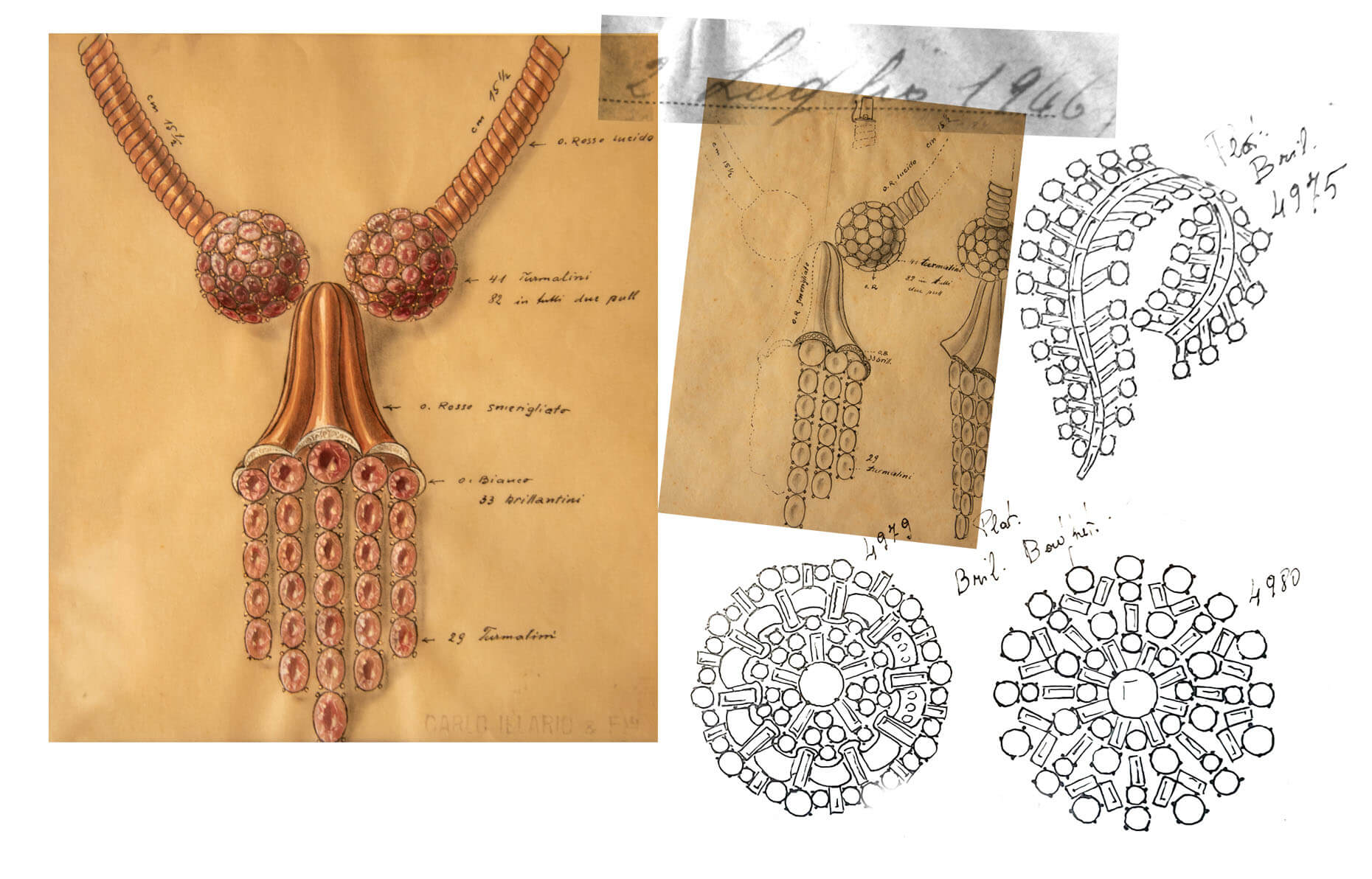 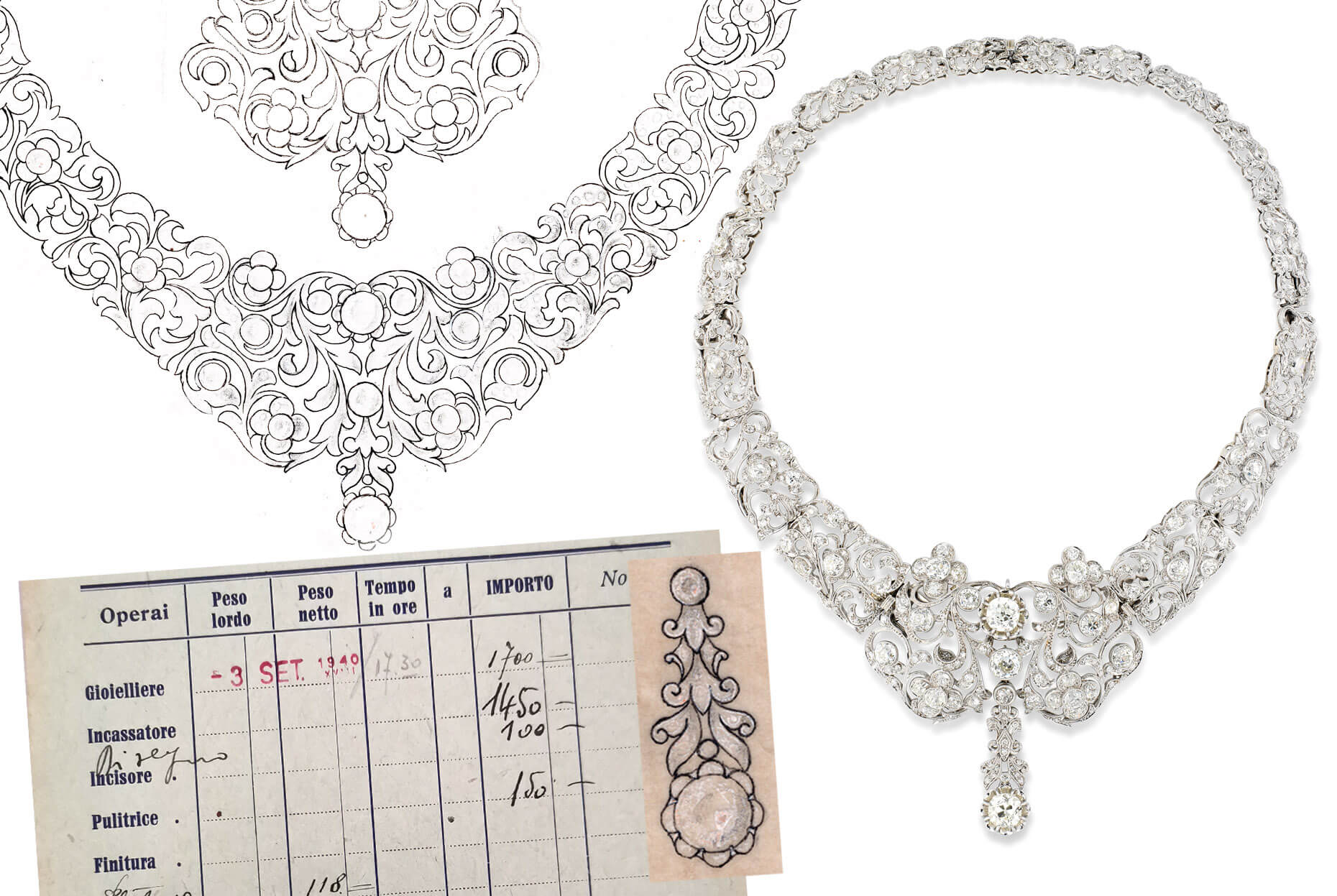 The 1950s represented a period of intense creative drive. In fact, the famous "Snakes" date back to this period: they became part of the collective imagination as unique and iconic pieces, and soon reached the general public thanks to their shape in the form of necklaces, bracelets and rings.

Between 1952 and 1953, the founders of the company were joined by Luigi's sons, Giovanni and Vittorio. 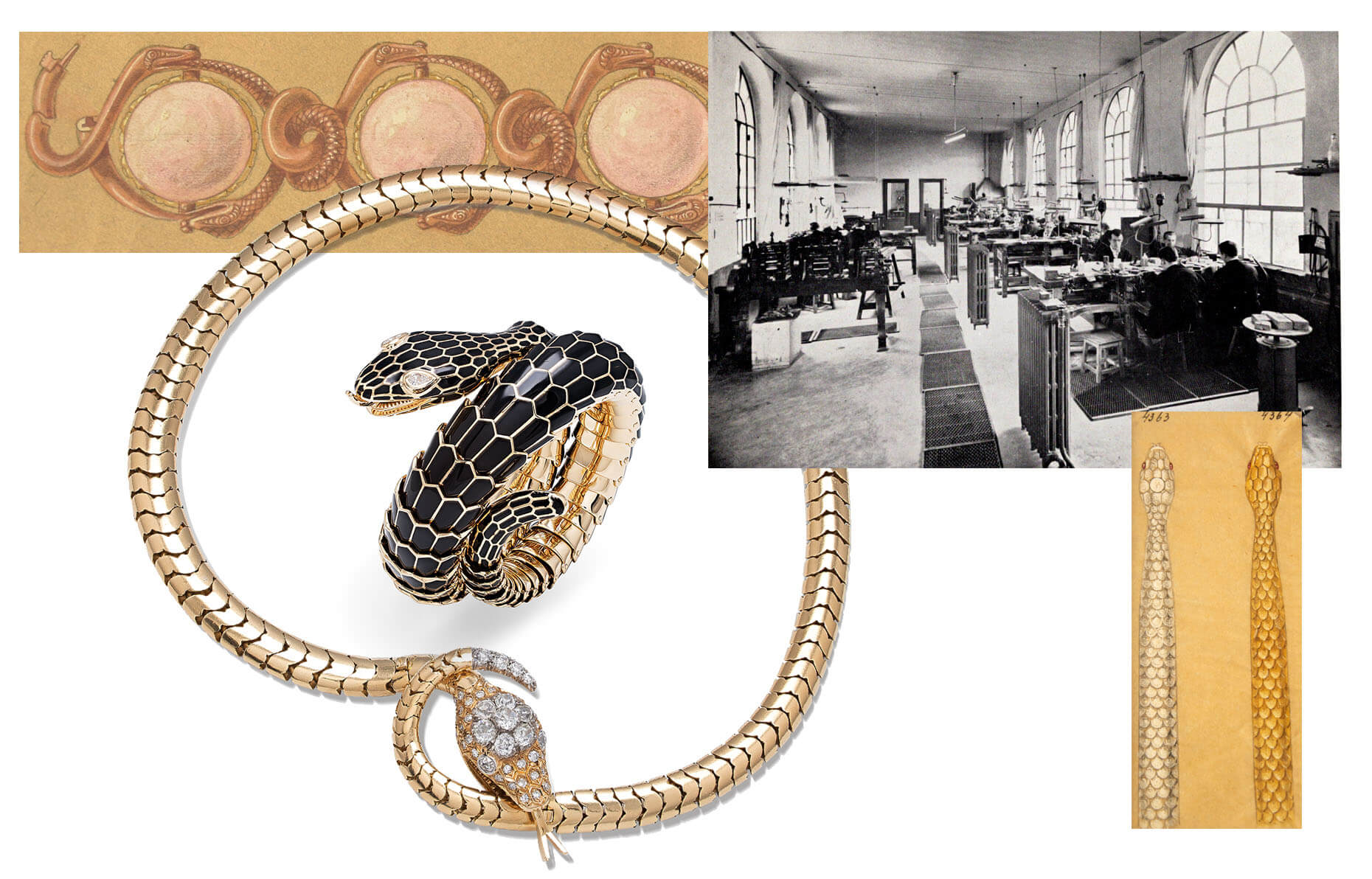 In the 1960s, frontiers were opened for Carlo Illario and his brothers: they began selling to neighboring Switzerland and Germany and in 1962 they took part in the "Bijoux Italiens" exhibition at the Italian Institute in Paris.

In 1963 in the United States they took part in the traveling exhibition of goldsmiths and jewelers and in the same year the company name was changed to Carlo Illario e Fratelli spa.

They participate for the first time in the prestigious Basel watch and jewelry fair, becoming regular guests until 2017. 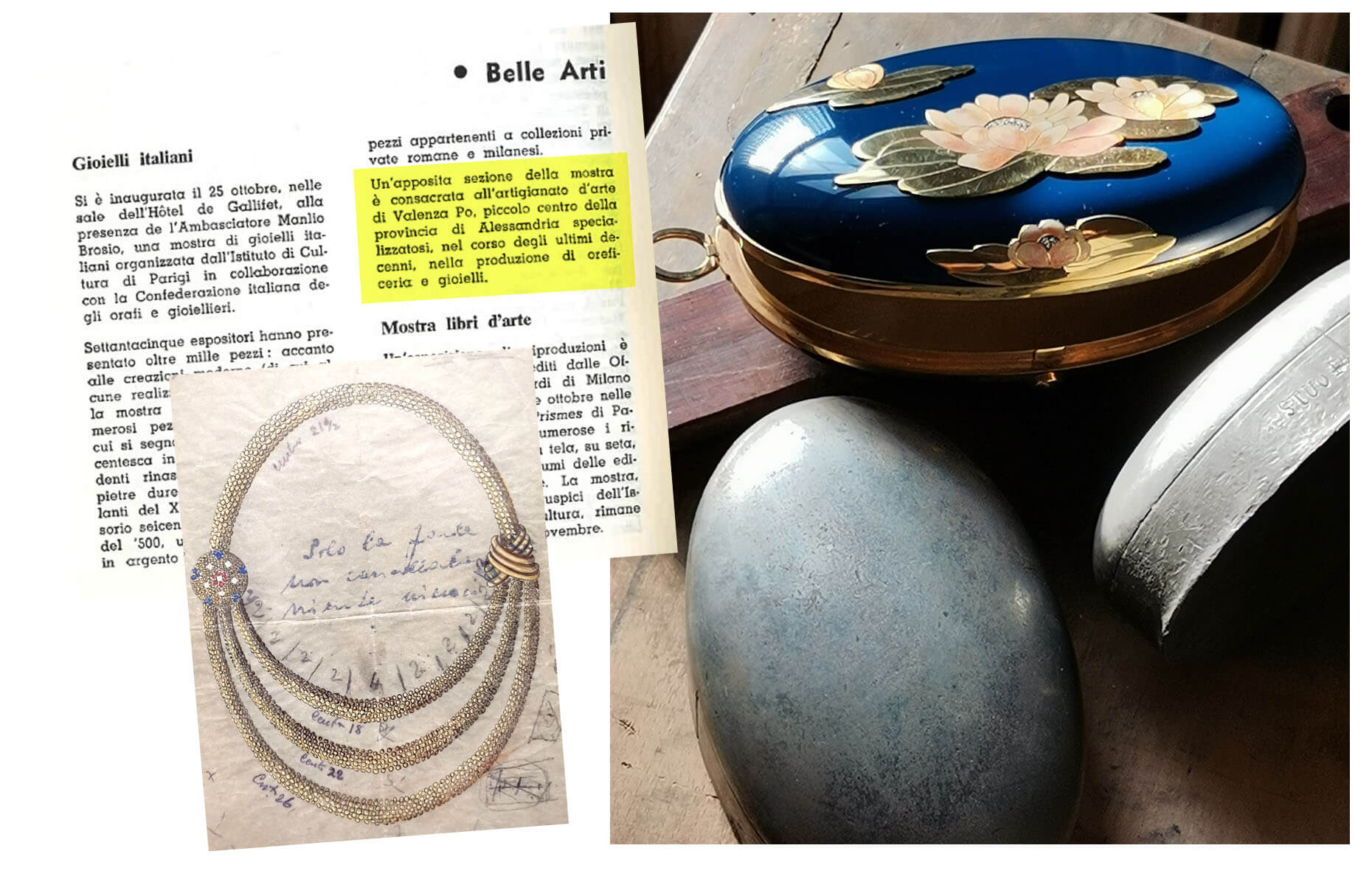 In 1977 they created the well-known brand Alfieri & St. John, whose characteristics are immediately outlined in futuristic shapes on which colored enamels, refined stones and unusual materials stand out through design and avant-garde creations. 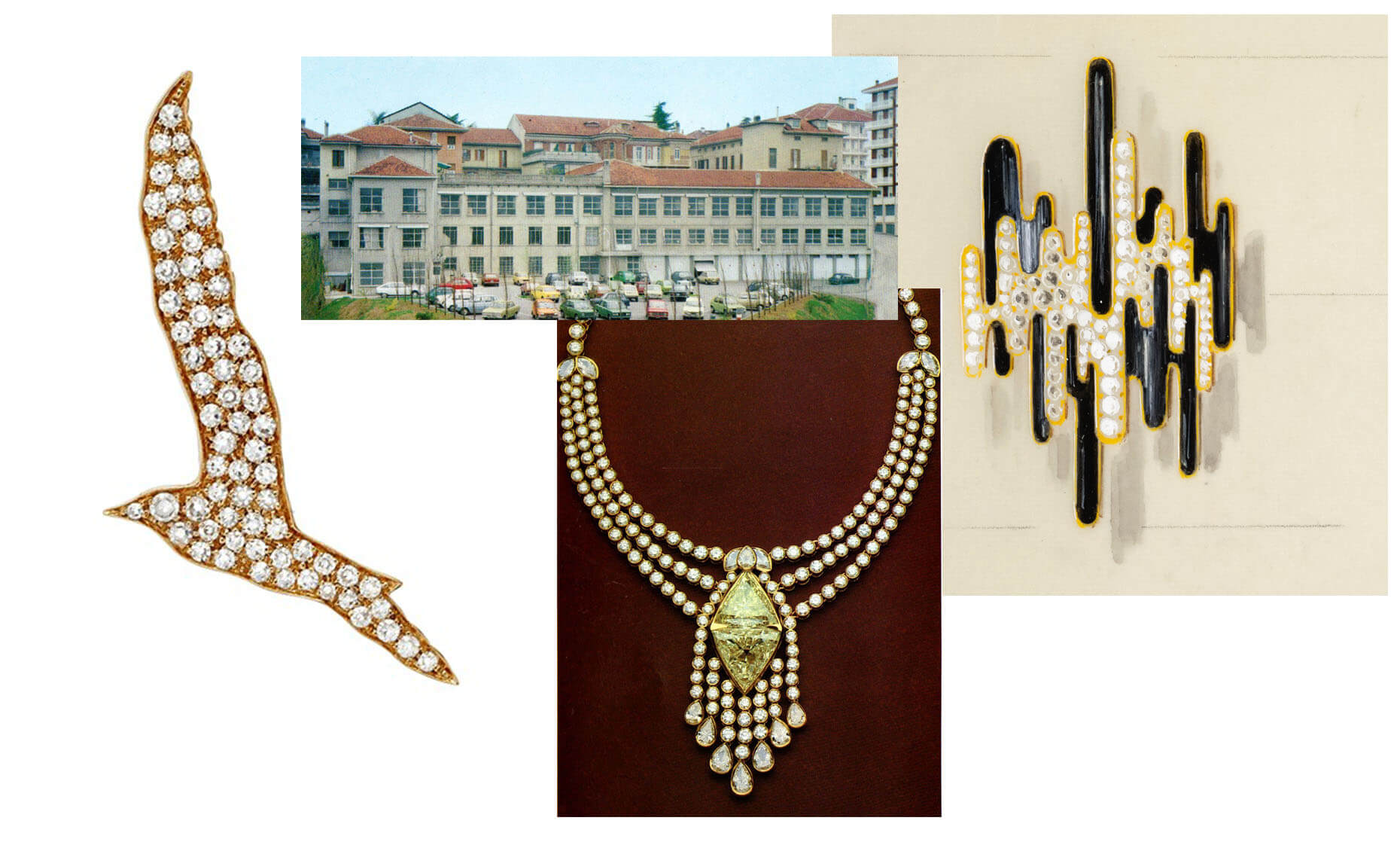 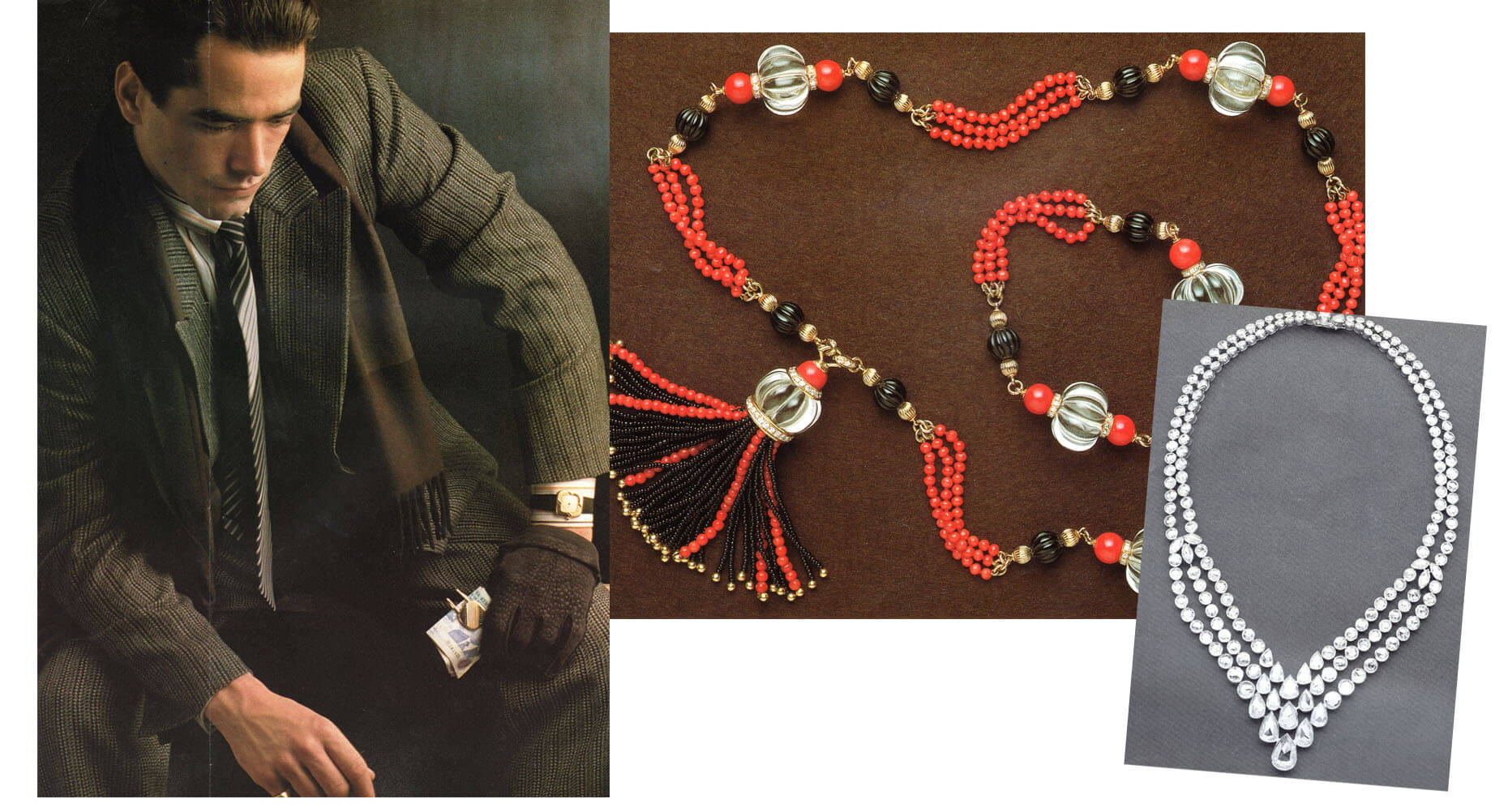 In 1982 they won the most prestigious prize in jewelery, the “Diamond International Award” with the Cornucopia bracelet designed by Carlo Pianzola, made of yellow gold and burnished steel with baguette-cut diamonds and two oval-cut diamonds at the ends.

The award was recognized again in 1986 with a ring in gold and burnished steel also made from a drawing by Carlo Pianzola. 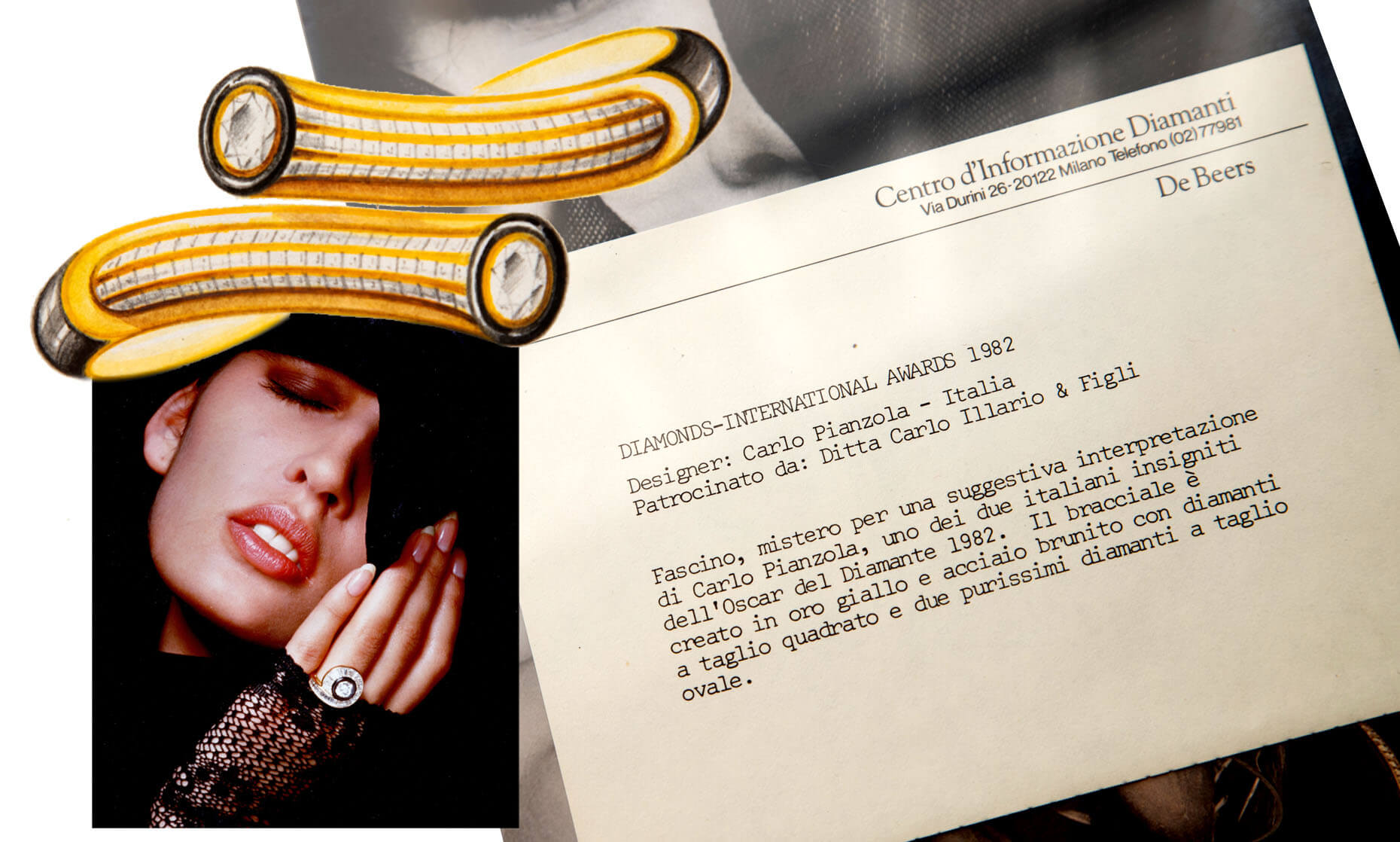 Carlo and Gian Luca Illario, grandsons of the founder Carlo, founded the company "CARLO LUCA della QUERCIA" in 1997, proudly carrying on the family tradition but with an eye towards the future. 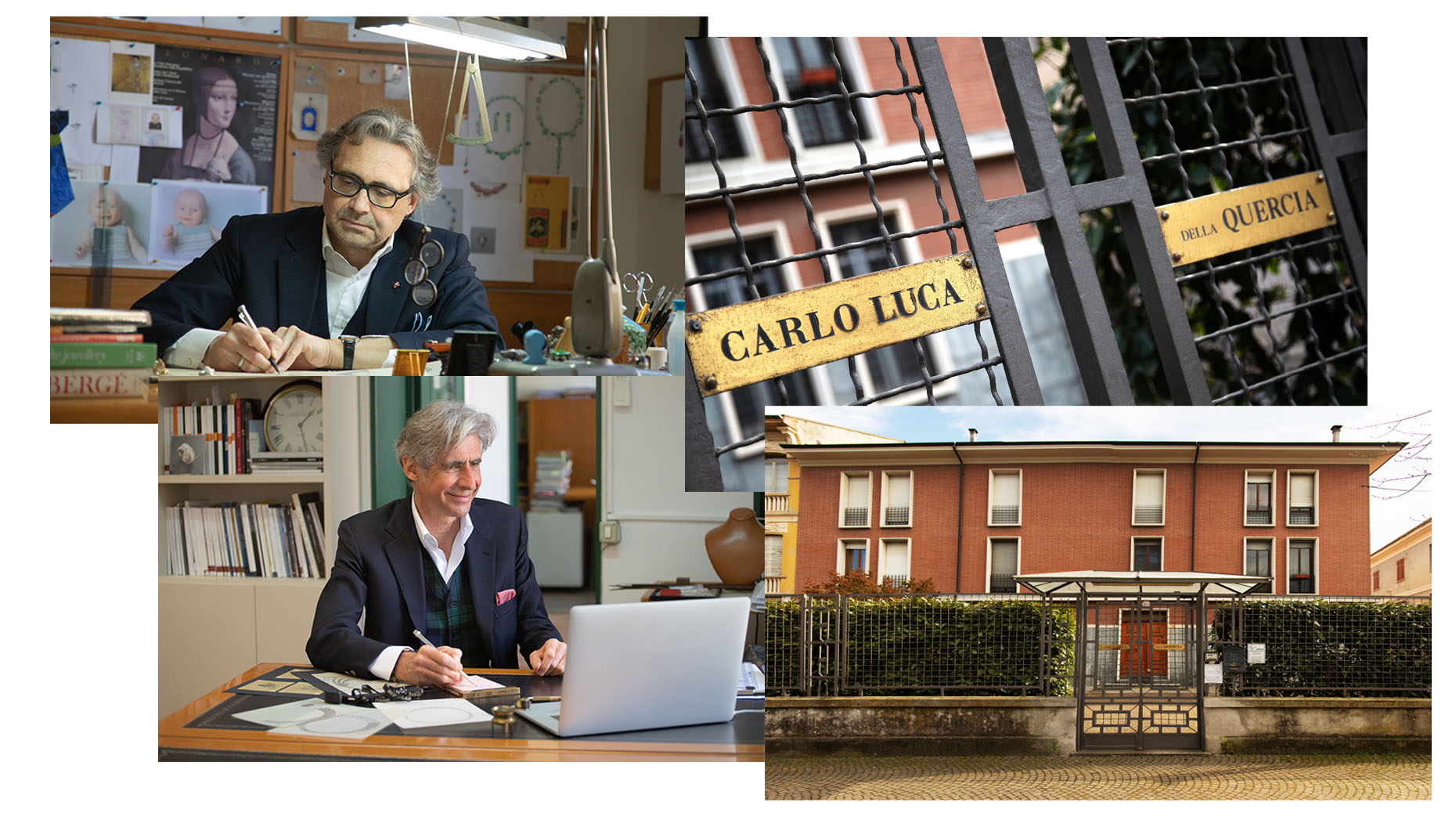 The international market continues to expand into Russian territory as well since 2004: in 2012 the definitive consecration takes place with the presentation of their collections to the Moscow Embassy. 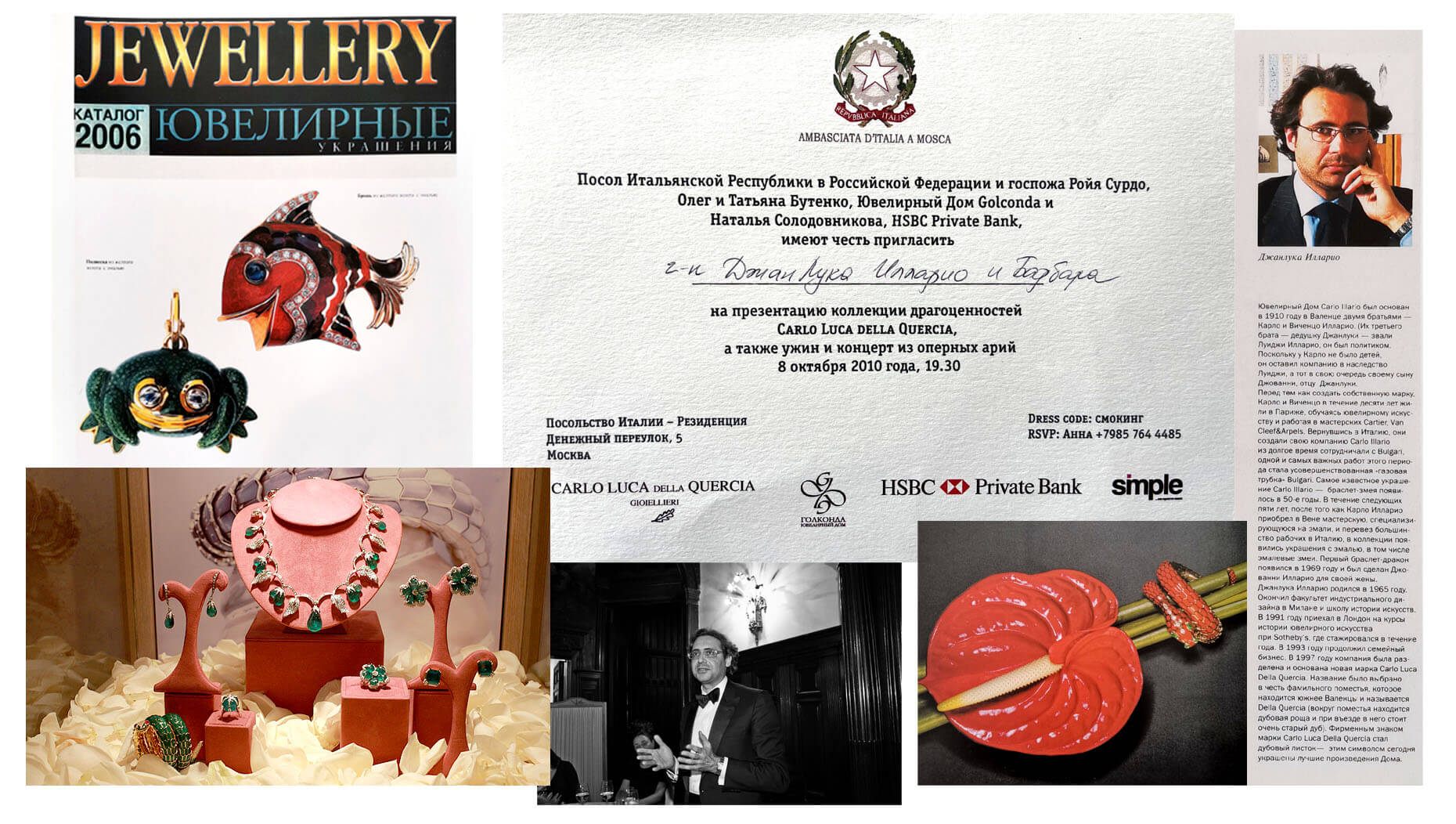 In 2020 the company turned 100 years old: the family history continues to shine and renew itself relentlessly thanks to innovative ideas, never forgetting the roots and knowledge handed down from generation to generation. 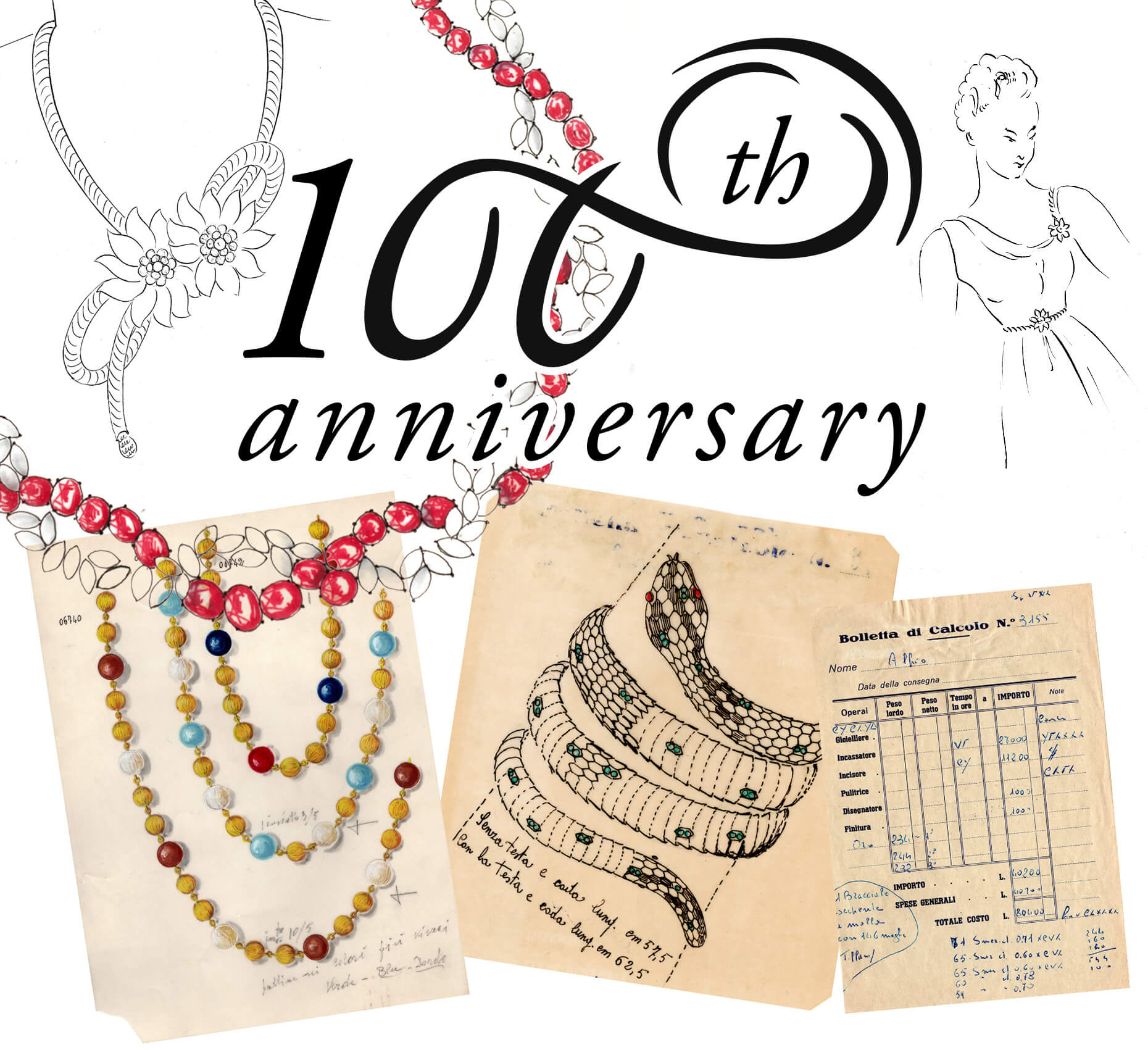